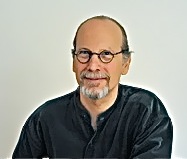 David has served as President of The Feldenkrais Guild of North America, and since 1977 has maintained a private practice working with a diverse population including those with severe movement limitations, neurological problems, children, seniors, world-class musicians, dancers, actors, and those in chronic pain. David lives with his wife Kaethe, a children’s book author and illustrator, and their children in Bucks County, Pennsylvania.

Marek Wyszynski is a licensed Physical Therapist, a Certified Feldenkrais Practitioner and a former supervisor of the New York Pain Treatment Program at Lenox Hill Hospital. Marek is a 1999 graduate of the first Montclair Feldenkrais Professional Training Program with David Zemach-Bersin. He is the co-founder of both the Feldenkrais Institute of New York and The Feldenkrais Research Foundation. Marek studied and worked closely with the world-renowned physician Dr. Hans Kraus, the pioneer of trigger-point therapy and President Kennedy’s back pain physician. Since 1991 Marek has worked with people suffering from acute and chronic pain, as well as athletes and those with neurological problems. Marek is the author of; ‘A Structured Physical Therapy Approach for Treating the Muscular Components of Chronic Pain Syndromes’ in The Journal of Back & Musculoskeletal Rehabilitation and ‘The Feldenkrais Method for People with Chronic Pain’ in The Pain Practitioner, journal of American Academy of Pain Management.  Marek is a former national fencing champion and the Director of Physical Therapy and Feldenkrais NYC, a member of The Hospital for Special Surgery Rehabilitation Network. He provides continuing education programs for health professionals in theFeldenkrais Method and lives in Queens with his wife, Kasia (also a Feldenkrais Practitioner and Physical Therapist), and their two sons, Luke and Jan.

Rebecca Teicheira joined the Feldenkrais Foundation staff in the spring of 2015. She received her MFA in dance choreography/performance from Smith College, where she was a teaching fellow as well as a guest artist at Amherst College. Previously, Rebecca received her BA in dance from Connecticut College. Rebecca has performed works by renowned artists such as David Dorfman, Lisa Race, Heidi Henderson, Adele Myers, Nicholas Leichter, Jeremy Nelson, Wally Cardona, and Monica Bill Barnes. Currently, Rebecca is still a dancer, choreographer and teacher and collaborates with The Feath3r Theory under the artistic direction of Raja Kelly, Naomi Goldberg Haas/Dances For A Variable Population, MachineHDance and is co-founder and co-artistic director of Reject Dance Theatre.  She is also a certified Pilates Mat instructor through Equinox Fitness.

After suffering from lower back pain for over two years and exhausting all of the Western and Eastern treatments considered helpful, a good friend of mine urged me to try the Feldenkrais Method (specifically Functional Integration) and recommended the practitioner she was seeing regularly. I was skeptical of the name “Feldenkrais”, which I could neither remember nor pronounce, but at that point I was ready to try anything that might be helpful in relieving the pain that was reducing the quality of my life to an alarmingly low level.

My first Functional Integration seemed too gentle to work and I fell asleep in the second part of it, but I did feel better and I slept well that night… So I started to come back for more on a weekly basis. That happened over 10 years ago and I’ve kept coming back to the Method ever since then. Almost every Awareness Through Movement lesson and Functional Integration session helps me to reconnect with a feeling of lightness. This seemingly “too easy” and “too gentle” to work method with the weird name has given my brain what it needed: the neurological pathways to improve the way my body feels and functions. It restored my health and bettered my life in many ways.

I was inspired by my personal success in recovering from chronic pain and wanted to help others who may struggle with similar problems to find the natural power of the brain and nervous system to function better, and to feel better.

Naoko Maeshiba is a somatic educator and performing artist. She trained with David Zemach-Bersin and graduated from the Professional Training Program in 2012. Along with Feldenkrais, she is also a certified Reiki practitioner, Posture Balance consultant, and a certified Nutritional Consultant. Naoko holds a MFA in drama and theatre from University of Hawaii and a MA in Japanese literature from Kwansei Gakuin University, Japan. She was a tenured professor and the MFA program director in experimental performance at Towson University from 2003 to 2018 before transitioning into the somatic practice. In addition to working at the Feldenkrais Foundation, Naoko works at Natural Healing Artists as a practitioner where she holds customized private sessions as well as group classes. Naoko aspires to connect with her students through deep listening, sensing, and moving with intuition. Naokomaeshiba.com

Janet has always been interested in movement explorations, and the mind-body connection. She comes to the Feldenkrais Method with a background as a professional singer and voice teacher.  She enjoys working with people one-on-one in Functional Integration lessons, and teaching Awareness Through Movement classes.   “I find that Feldenkrais offers a wonderful opportunity for you to explore and access your greatest potential, whether you are someone dealing with physical issues and pain, or someone working at the cutting edge of your field interested in expanding, improving, and getting more satisfaction out of what you do.”

Howard Thoresen is a Certified Feldenkrais Practitioner in the New York City area. In addition to his private practice, he works with Sheryl Field at the Field Center for Children’s Integrated Development and teaches Awareness Through Movement and fitness online at Five Lines Feldenkrais. A former actor and theater director, Howard has an interest in the relationship of the Feldenkrais Method to arts training and performance. He is a lifetime student of yoga and is the Executive Director of The Village Zendo in NYC.